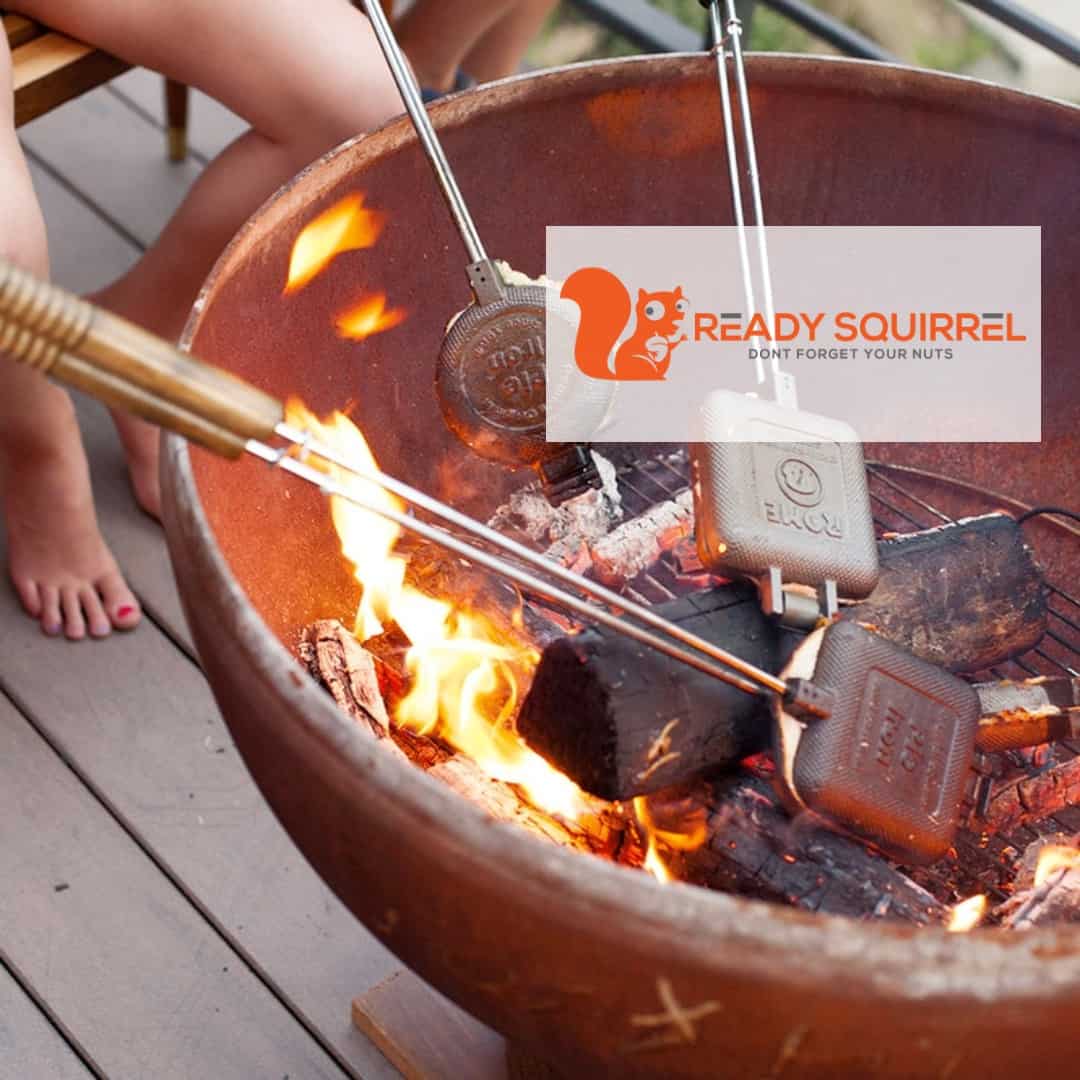 More than a method to toast sandwiches over hot coals, Pie Irons, have transcended from utilitarian to esteemed. Outdoor cooks around the globe use them to create cooking traditions and to connect with the spirit of outdoor cookery. If you’re looking to add a little spice to a patio bbq, a tailgate party, or a family camping trip, try cooking with pie irons.

What Is A Pie Iron?

A pie iron is a mini-cast-iron griddle on sticks for cooking food over a campfire or gas grill.

The basic pie irons are round or square but they come in a multitude of shapes.

Shapes Of A Pie Iron:

If you are just getting one pie iron, go for the basic square model. They waste less bread than the round jaffle irons and you get more food.

Where Can I Get a Pie Iron?

You can get Pie Irons at Cabela’s, Home Depot, Walmart, Amazon, and many other places. This list isn’t exclusive; if you have a favorite outdoor brand, check there to see if they sell pie irons.

The most common brand of Pie Irons in the U.S. is Rome Industries. They have consistent quality and offer many size and shape options.

Other Companies in the U.S. that Manufacture Cast Iron Pie Irons:

What Do You Make In A Pie Iron?

The most interesting food made with pie irons is what Wisconsinites call Pudgie Pies or Pudgy Pies—made at tail-gate parties, and back-yard BBQs. Cheese-heads push the creative limits of pie iron cookery with recipes like the Green Bay tailgater’s, Packer Backer Pudgie, which includes a brat bun, butter, beer-boiled-Bratwurst, sauerkraut, green peppers, onions, Wisconsin cheese, and yellow mustard. Yeah, this all goes in the pie irons.

If the Packer Backer Pudgie Pie sounds tasty check out the recipe book, “The Pudgie Revolution” for some unique recipe ideas

The ingredients in a pudgy pie are limited only by your imagination.

Irons are commonly stuffed with combinations of meat, bread, dough, waffle-batter, and delicious fillings. Make toasted breakfast sandwiches with eggs, ham, and bread. Wrap fruit or pie filling in Pillsbury croissant dough to make a fruit-turnover. Or, stuff homemade dough with meat, cheese, and veggies. And, don’t forget the Smores!

Pillsbury premade doughs cook exceptionally well in a pie iron, and you don’t have to mix the dough at your campsite. Pie dough makes a mean fruit-filled pie.

Is There Anything I Have To Do With Cast Iron Pie Irons before I Cook With Them?

Yes, if you want to enjoy cooking with your pie irons you need to season them. Seasoning cast iron before cooking keeps it from rusting and provides a non-stick surface that makes cleaning up a snap.

If you don’t season your irons, you will be scrubbing off burnt or stuck-on food. It won’t be an enjoyable experience. Unseasoned irons are especially tough to clean if they are the waffle style irons or irons with a bunch of crevices.

How do you season a pie iron?

Pie irons will go from a shade of grey to brown. When fully seasoned, the pans will be black. (Black cast iron is seasoned cast iron.)

How Do I Cook With A Seasoned Pie Iron?

CAUTION! These babies get branding-iron hot so use caution when cooking with them.

How Do You Clean A Pie Iron After You Cook With It?

Don’t use soap to clean a seasoned pie iron. It removes the flavor from the pan. Also, soap will get mixed in with the seasoning and can taint the taste of your food.

TIP: For burnt-on food, concentrate on the burnt area with more coarse salt and water. If you use a scratch pad, you will take off some of the seasoning.

What Is The Difference Between Cast Iron And Aluminum Pie Irons?

Cast iron is my personal choice. Yes, cast iron takes more maintenance, but the pay-off is a lifetime of use and the ability to re-season the irons. Aluminum is, in my mind, a throw-away substitute for cast iron.

What Is Another Name For A Pudgie Pie?

If you are just getting into long-term food storage, you should know that white rice is royalty. You can't beat rice as staple survival food. It is the #1 food in my long-term storage for several...

Continue Reading
link to Food For The End

What to do when paper money is worthless? Wait and see, or start stockpiling as much non-perishable food as you can so you have it when things go sideways. That's what I'm doing. I'm not a...