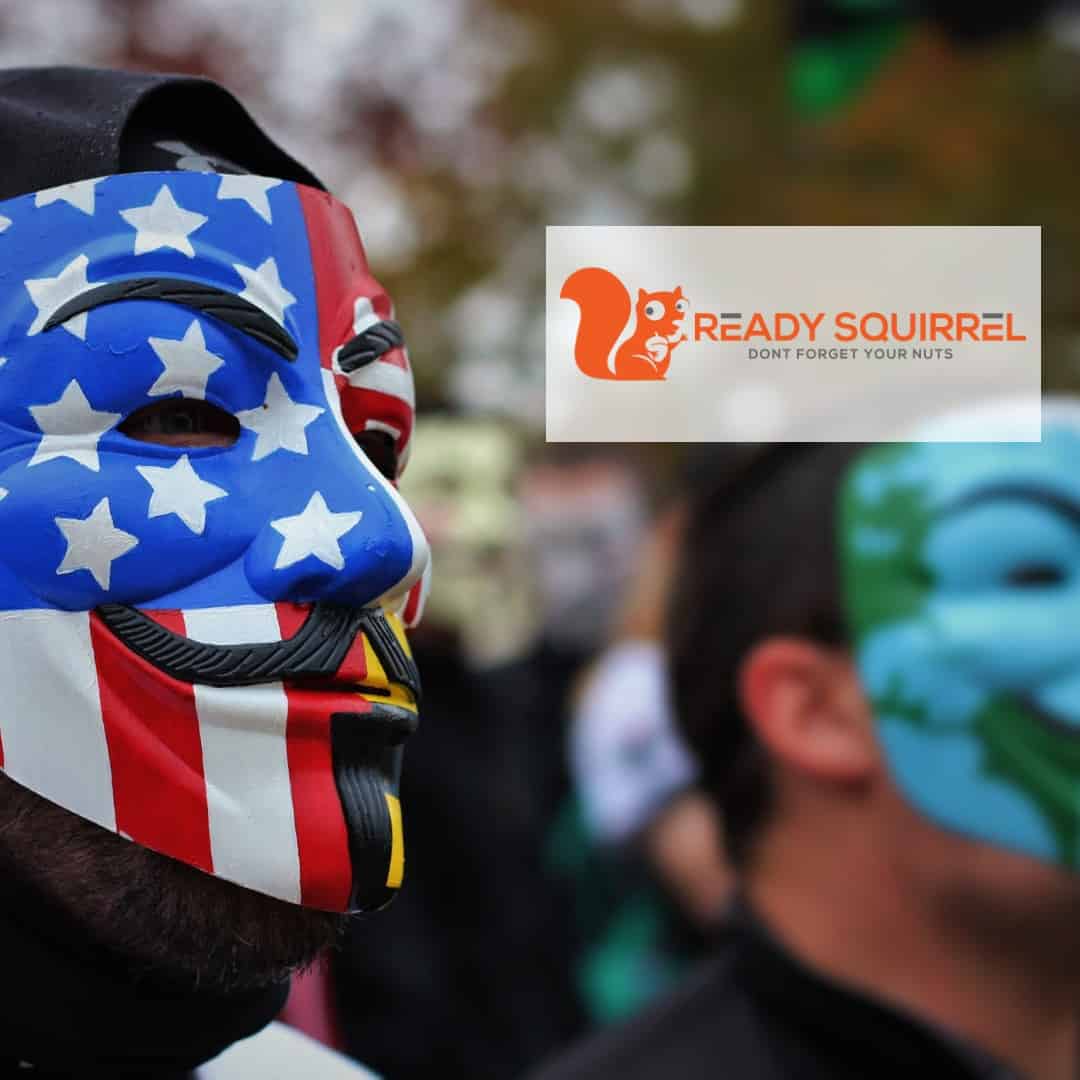 Nobody has a crystal ball so it is difficult to tell if lawful protesting will turn violent. Once it starts there is no way of knowing when it will stop. There are steps you can take to put you and your family in the best situation possible but there is no perfect solution other than pulling up stakes and moving off-grid.

I’m not trying to fan flames or be overly dramatic but current events are too obvious to ignore.

What is Civil Unrest?

Civil Unrest (Civil Disturbance or Civil Disorder) is defined as civil disobedience, where participants become hostile or violent towards authority. It may lead to environments without the rule of law. Police may have difficulty maintaining public safety and order. Citizens and business owners are often collateral damage.

“Crowds provide individuals with the idea that their moral
responsibilities have shifted from themselves as a person to the crowd
as a whole.”

Leave If You Must

Trapped In a Car

To learn more about collecting food for emergencies check out Ready Squirrel’s article, How To Start Long Term Food Storage: The Basics

Don’t Go Out At Night

Stay clear of these areas during looting or riots:

During a riot, Police officers and National Guard members are in fight or flight mode.

Try your best not to attract attention, be as low-profile, and inconspicuous as possible.

Look at these different locations and determine likely scenarios if SHTF. Come up with a plan to handle them, what kind of supplies do you need, how will you communicate and etc.

When will you know that you have to take action during civil disobedience. This is part of the plan. Once things are burning around you it may be too late. Go through scenarios in your head and plan accordingly.

Have Back-up Plans and Alternate Routes.

Network With Friends and Family Before SHTF:

Consider Getting a Concealed Carry License and Training

Determine Your Best Method of Self Defense

Outfit Your House or Small Business With Security Equipment

Take everything you read and hear with a grain of salt. There is a lot of disinformation floating around when it comes to civil unrest. Do your best to stay informed.

Be Out By Dark

This isn’t a bug out bag. This bag contains just enough gear to get you where you are going.

Typical items in an EDC Bag

Have you ever watched a video where a police officer suddenly handcuffs an individual but it appeared as if the person was doing nothing wrong? More than likely the officer is reading body language and knows aggressive behavior is about to pop-off. Here are eight signs someone is ready to attack you.

Stress is a good thing in an emergency situation if you can control it. Freaking out reduces your ability to make sound decisions.

To learn about the psychology of survival and emergency situations check out the Ready Squirrel article, “#1 Survival Skill: Survival Mindset And Reactions To Stress

Regardless of the situation bugging-in, bugging out, working, or traveling know what is going on around you.

Situational Awareness is observing your surroundings and making the best decisions based on observation and common sense.

In the case of riots or civil unrest, avoid confrontation, or altercations.

Be aware of what may be going on the streets around you. Look and listen if you are on the move. Avoid crowds; avoid driving your vehicle. In the best-case scenario, stay in your house or apartment.

When Civil unrest starts, it can seem like chaos to the casual observer. Highly social-emotional or social issues can spark unrest at any time. It’s good to know the types of problems that may lead to Civil Disturbance to maintain Situational Awareness.

If tensions are unusually high in a specific area it only takes one event to light the powder keg.

Before, Now and After the Event of Terror: Situational Terror Awareness for Civilians in US Homeland Security, Kerrina-Sina Arfsten, Max-Planck-Institute for Foreign and International Criminal Law PDF Click Here

link to How To Store Flour Long and Short-term

White all-purpose flour can be stored short-term in an airtight container, but it can also be stored long-term for emergency storage. Storing bleached-all-purpose types of flour is pretty...