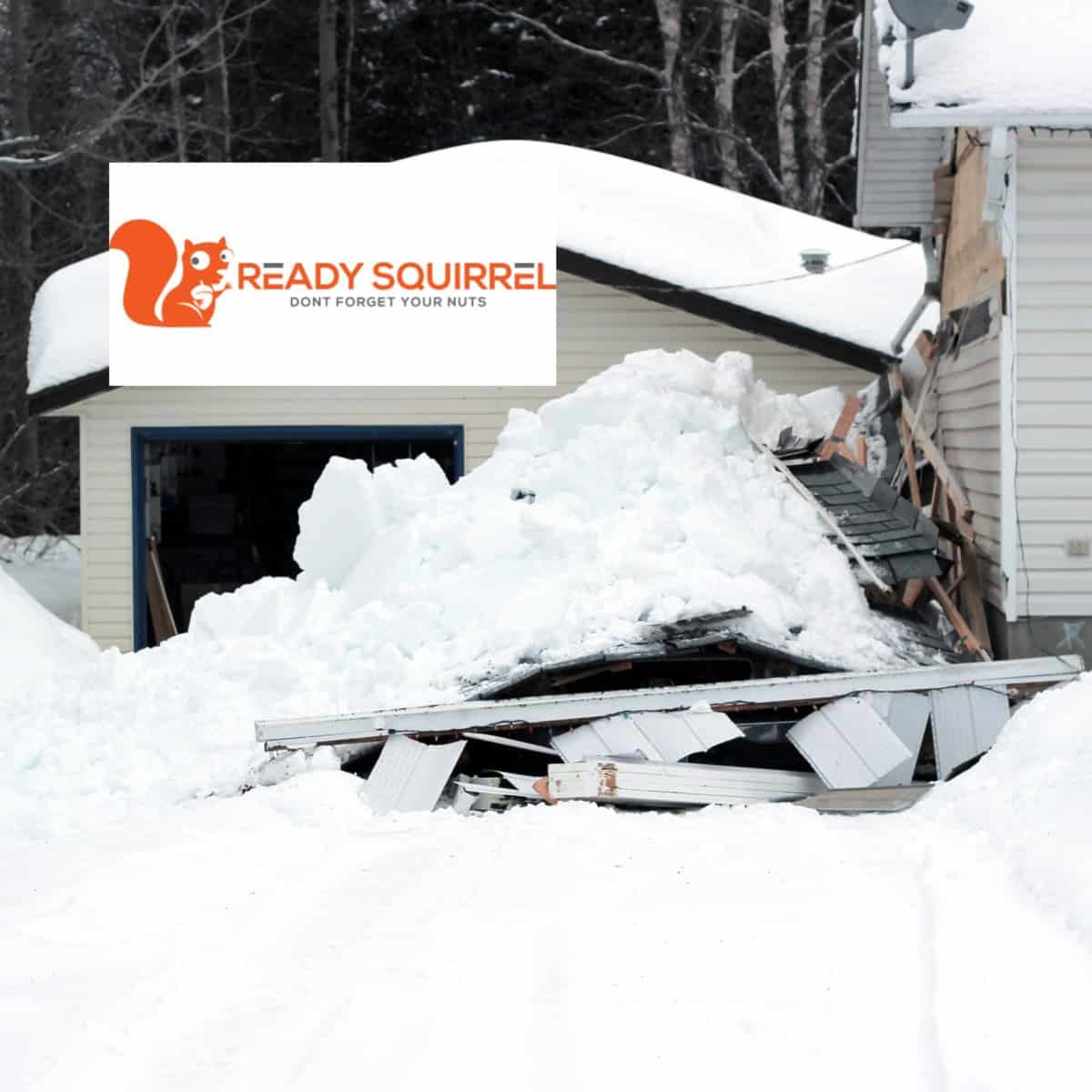 If you live in a winter wonderland, you should learn to calculate how much of that fluffy awesomeness is on your roof. Snow is pretty lightweight, or so it would seem, but two feet of snow on your roof is roughly 19 tons of additional weight.

Most roofs are designed to take a lot of weight. In fact, building codes require that roofs in your area are built to withstand average snowfall in your area.

There may come a time, like during a freak snow-storm or blizzard, when snow will be more than average, and removing it from your roof is necessary. Following is a calculation you can use to estimate the snow load on your roof.

Keep in mind that snow weight varies depending on how dry, wet or packed it gets. You can also have a layer of ice under all of that snow, so Ice plays into the equation. Saturated snow weighs about 20lb per cubic foot. One Inch of Ice weighs 5.2lb per sqft.

If you have 30 inches of snow on your roof, how much would that weight per sqft?

That’s 17.5lb per sqft over the 20lb capacity of some roofs.

Warning: Ice build-up on the roof needs to be calculated into the formula.

This calculation ( S x 1.25 = P) is based on a 25% moisture density, which may be conservative based on your snowfall. Saturated snow weighs approximately 20 pounds per cubic foot.

However, snow’s moisture content can range from approximately 1% to 33%, which relates to snow potentially weighing from 1 pound per cubic foot to over 21 pounds per cubic foot.

How To Remove Snow From Your Roof: Snow Rake

The safest way to remove snow is from the ground with a snow rake. Before you get started, clear a path 360° around your house so you can access the roof.

How To Remove Snow From Your Roof

Warning: Don’t, whatever you do, walk on your roof

Flat roofs and roofs with less pitch are more susceptible to snow. The higher-pitched your roof, the better chance you have of snow falling off, especially if you have a well-insulated roof.

Indications Your Roof Is Collapsing

If you get any indication, your roof is collapsing, get out of the house immediately. Call the local fire department to assess the situation.

link to Dried vs. Canned Beans For Prepping: Why I Store Mostly Dried Beans

Continue Reading
link to Living Off Of Freeze-Dried Food

You can definitely survive on Freeze-dried food. It's not much different than eating fresh food. Freeze-dried food maintains almost all of its nutrition and retains excellent color and texture when...